One of the more famous OLG Christmas entries… For an album given out for free in the 80s.

I used to have a running joke with friends of mine who went record shopping with me, that every single thrift shop in Ontario has a copy of this album, or it’s follow up, ‘Christmas is for Children’. I wasn’t serious, but then it started to turn out that it was probably more true than not. I became intrigued by the album and posted about it and it turns out it is a much-loved memory for many of the visitors to my blog. Many have asked where they can get a copy.

I’ve bought many copies over the years, some still sealed in the original plastic. It’s kind of a joke now that I buy up any copy that I see that’s less than two bucks, just to corner the market and artificially increase demand. No luck yet though, there’s still a copy in every thrift shop.

I did start to wonder where all these albums came from, and most Internet searches only lead back to my own mentions. Surely with so many copies still available thirty years later, they must have been everywhere when it was first released? I didn’t find anything online, so I sent an email to the OLG asking for a little more information. I was surprised they remembered and acknowledged the album, though they mentioned they were no longer for sale (I didn’t correct them). They explained to me that when they were produced in the 1980s, they were “provided to OLG retailers as a gesture of appreciation”. So basically lottery retailers would have had them to give out to customers, and because of their ubiquity, I assume for free. Good to know. 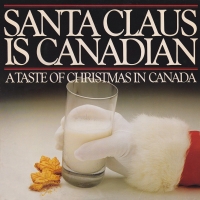 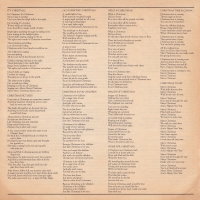 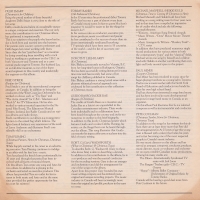 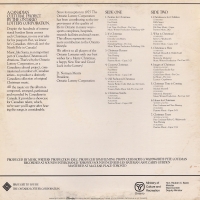 So, a little more about the album itself: Back in 1981, The Ontario Lottery Corporation (now known as OLG.ca) commissioned an album as a “Canadian Cultural project”. That sort of thing was big in the 70s and early 80s. I have lots of other Canadian from this period, riding high after Canada’s Centennial, and the ’76 Montreal Olympics. Canada had money to spend and it was building a national identity, one Christmas album at a time.

But kidding aside, it was quite the feat. An album of Canadian writers, performers and musicians, as a showcase of some National talent, with the Canadian music industry just starting to get on it’s own feet. 1971 saw the introduction of Canadian Content rules on the radio which guaranteed airplay to Canadian music, and the Ontario Ministry of Culture and Recreation no doubt gave the young Ontario Lottery Corporation some incentive to adding to that growing scene.

So a handful of Canadian composers crafted some wispy Christmas imagery, and some slices of wintery Canadiana, got some talented musicians in to voice their compositions and a delightful sugary collection was born. It may feel a bit over-produced and just a tad over-sold by today’s standard, but I can tell you most of the people I hear from played these records over and over, many only parting with them by accident or by tragedy. Amusingly, the ones I see in thrift stores are near pristine, but that doesn’t tell the full story. I have no doubt many were taken and never played, but I have no doubt countless others simply got worn out.

From the back cover of the album:

A Canadian Cultural Project by the Ontario Lottery Corporation.

Despite the hundred of international borders Santa crosses each Christmas, no one ever asks for his passport. But, we know he’s Canadian. After all, isn’t the North Pole in Canada?

Music, like Santa, is an important part of Canadian Christmas celebrations. That’s why the Ontario Lottery Corporation, as a Canadian cultural project, commissioned a number of Canadian artists–to produce a distinctly Canadian collection of original Christmas music.

All the music on this album is composed, arranged, performed and recorded by Canadians in Canada. It provides a showcase for Canadian talent, which, we’re sure you’ll agree after hearing the songs, is considerable.

Since its inception in 1975 The Ontario Lottery Corporation has been contributing to the improvement of the quality of life in Ontario in many ways– sports complexes, hospitals, research facilities and much more. This album represents one more contribution to the Ontario lifestyle.

We offer it to all players of the Ontario Lotteries with our best wishes for a Merry Christmas, a happy New Year and Good Luck in the Lottery!

Personally I found the album too late in life to make it part of my childhood memories but I do have immense respect for what it was and what it and it’s kin tried to achieve. It suffers in places from the same cheesiness of Canadian variety shows of the time, but I enjoy it and the story it tells enough to keep buying up any decent copies I see.